Chris was born in East Vancouver to alcohol and drug addicted parents. Adopted by his grandmother when he was two weeks old, Chris remembers her as a caring woman who went to church and did not drink or smoke. Chris stayed in school until Grade 6 when he began to get into trouble and spent years in and out of Willingdon Youth Detention Centre in Burnaby, The Salvation Army’s House of
Concord in Langley, and a variety of group homes.

Chris began to drink and take drugs at age 12, which continued into his 50’s. He shared a memory of meeting his mother when he was 11, she gave him some “Kool-Aid” (red wine) to drink. He never saw her again, and reflects this was for the best. He moved to Abbotsford in his late teens.

In 1986 he joined the Union of Painters and Allied Trades working in heavy duty demolition. In his addiction his health declined; he experienced two small strokes and could no longer work. Years of heroin, cocaine, smoking and alcohol took a toll on his body. He now suffers from emphysema and other health concerns that prevent him from doing hard labour, but he enjoys working and finds projects to get involved with as often as he can.

In 2019, after 45 years of alcohol and drug use, Chris decided he was sick and tired of being sick and tired. He did not want to die; he did not want to be another statistic. Chris connected with Michelle and Fred at The Salvation Army’s Centre of Hope who encouraged him to check into Kinghaven Treatment Centre. After the 70 day program he moved into the Centre of Hope in February of 2020.

Chris volunteers at the Centre of Hope in food sorting and distribution, sorting in the Thrift Store and at MCC’s warehouse.

December 12th, 2021 will mark Chris’s 2 year anniversary of being clean and sober. He appreciates the staff at the Centre of Hope and how they relate to him and each other, and feels they create a good and positive environment. He finds comfort in reading his Bible daily and is working on being comfortable sharing in a group setting.

Chris has made many friends at the Centre of Hope and he hopes to continue to volunteer and grow those relationships once he is living on his own. The Salvation Army are his family, he now has a better understanding of life and is thankful every day. 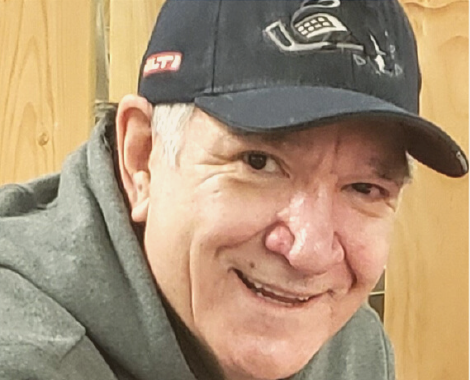 “The Salvation Army are my family. I now have a better understanding of my life and I am thankful every day.”