I was a happy and outgoing child raised in a home with good morals and values.

Outside of my home I was abused by adults that were supposed to be looking after me.  One was a school teacher, and when confronted gave me a gift of a necklace to buy my forgiveness.  It confused me that no steps were taken to protect me from her.

My young mind believed that I was somehow bringing this on myself, and I was to blame, so I accepted it and said nothing after being abused by others throughout my life.  This led to me having little respect for myself, and as I became older, those experiences and my lack of boundaries led to abusive and unhealthy relationships.

Drinking was an escape and a band aid for the negative way I felt about myself.  It helped me cope with the pain of some very horrible situations cause by bad choices and judgement.  I was an out of control party girl looking for acceptance by some pretty wild people in pretty scary places.

I didn’t think I could every quit drinking even though it was causing intense damage in my life, and to be honest I was scared to lose the only thing I found comfort in.  I didn’t want to face the wreckage of my past either.

Walking downtown one day, I was in search of a AA meeting list, as I had promised my then boyfriend, I would try to get help for my drinking before he had to end our relationship due to my recent alcohol related disappearing act.

I saw a pamphlet for The Salvation Army – Chef Training Program and thought to myself, maybe if I began a new career, my life would improve and I could finally get it together.  I made the call and aced the interview.  I was nervous beginning the course and through my behavior, it was becoming evident to my instructor that something was going on with me that was affecting my performance in class.    I admitted I was a heavy drinker and could not imagine how I was going to stop.

It was suggested that I might consider entering an alcohol treatment centre. I started the Opportunities program offered by The Salvation Army – Langley and learned a new way of living.    I found a new sense of purpose and hope.  I started to gain confidence and self-esteem.  I learned the importance of setting goals for myself moving forward.

I completed treatment and moved on.  I graduated from the Chef Program with amazing marks and a great sense of accomplishment.

My relationship with God grew with my regular chapel attendance and new amazing Christian friendships.

I began working in the kitchen at The Salvation Army’s – Centre of Hope in Abbotsford as an employee shortly after completing the course and have since been employed in many different departments – shelter, outreach, meal centre, etc.

God is leading me to become an officer for The Salvation Army.  I have been accepted as a candidate to attend the College for Officer Training in Winnipeg – and I look forward to that very much.

I want to spend the rest of my life spreading the love of Jesus Christ – that is what I love to do the best – and I am an example of how God can turn anyone’s life around. 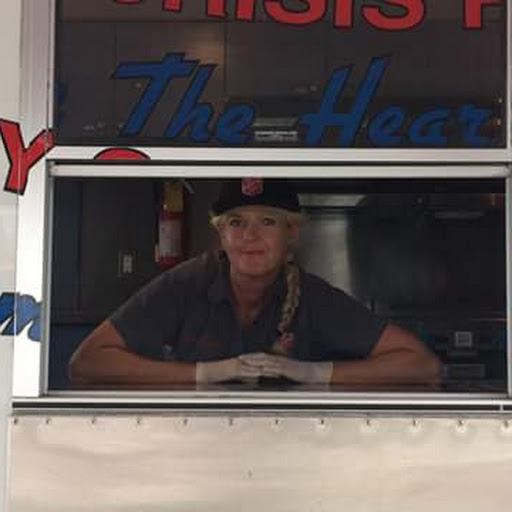