“I want everyone to know the miracle that happened to me”

Hello, my name is Darshan. I am 57 years old and I have been drinking for about 40 years. Everyone in my family are alcoholics. In short, after 40 years I had hit my rock bottom. I had lost everything – jobs, wife, family, house, apartment, cars, trucks and most importantly my faith.

In the past, I used to say the Lord’s prayer and now I was saying “God why are you not helping me, obviously there is no God.”

I was full of self-pity and depression. I had no reason to live and attempted suicide twice. The first time I tried to hang myself and the second time I drank 2 litres of bleach. I found it weird that neither worked. I did not realize that God was with me all along. Like in the poem ‘Footprints’ He was actually carrying me.

All of a sudden, things changed for me. With nowhere to go – I went to the Kamloops shelter. Then I decided to go to Kinghaven Treatment Centre in Abbotsford because it had the shortest waiting list. After finishing my program I was accepted into The Salvation Army’s second stage housing. Many people told me not to go The Salvation Army because there was too many drugs and alcohol.

I didn’t listen to them – I wanted to try to help even one person.

While I was in Kamloops, even though I was still drinking, I used to volunteer at The Salvation Army for their Kettle Campaign and attend Sunday service once or twice. I have always liked The Salvation Army because they do so much for the community – and look where I was.

When I walked through the doors of The Salvation Army – Centre of Hope in Abbotsford I finally realized that God was with me all of the time. God had saved me. I now attend church, prayer and group meetings, recreational activities and I volunteer in the kitchen at the Centre of Hope’s meal centre.

Becoming a believer, seriously was the only thing that gave me a new life. God had removed my obsession when all other methods had failed. Why hadn’t I died? I was taken out of darkness and into the light.

I am here to shed the light to others. It is a miracle – thanks to God and The Salvation Army. If you reach out to God, He will help you as He did for me, a hopeless suicidal drunk.

May God Bless You All. 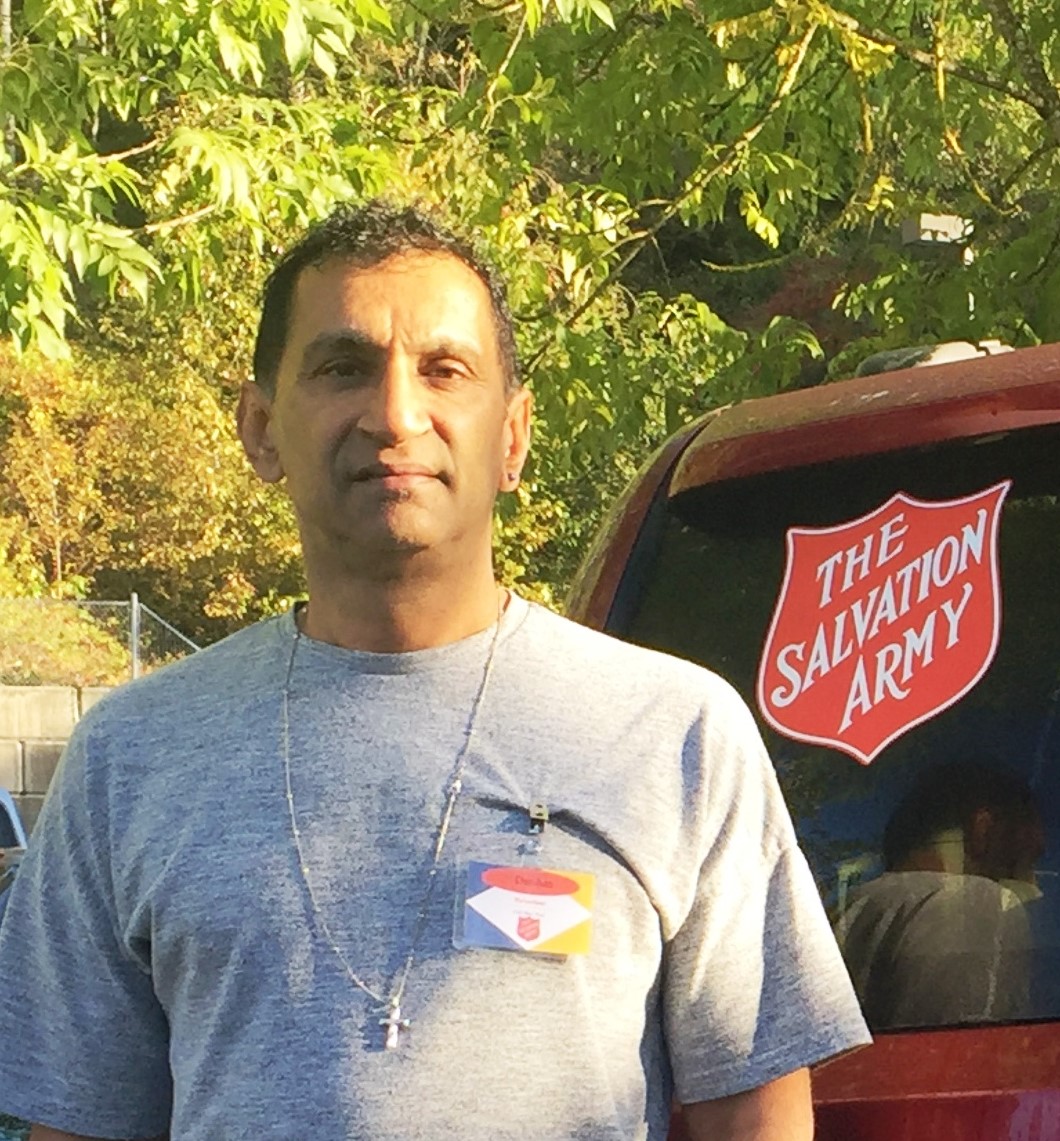